Honesty as a coach 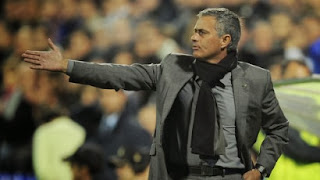 Honesty is regarded as an excellent quality in all walks of life but as coaches I think one of the most important things we can do is be honest with ourselves. When we talk about coaches in the UK/US, in particular, we hear a lot of horror stories about guys that are more concerned about winning than developing youth players, or teams are not playing the game the"right way". There are some excellent coaches in these countries and not everything is negative, but I believe even the best of us are not being honest with oursleves in a lot of ways.

I have put a list together of things that I believe we, as coaches, need to be honest with ourselves about in order to improve not only our coaching but the experience our players have in the game we all love. This is not me having a go at a set of coaches because I have been guilty of some these things myself in the past, and only once somebody pointed out to me did I realise that I wasn't doing these things. The list is in no particular order.

This is one of the biggest things that I hear coaches complain about when talking about other teams, because they played long ball or physically against them. I can honestly say that in the last 8-10 years, I have never met a coach, whether is be face to face, on a forum or on Twitter that has told me they play long ball or direct football. Every single coach, to a man, has told me that they play "nice passing football", they play out from the back everytime and they try to play like Barcelona/Arsenal etc. The problem is that every weekend we see more teams than not playing the long ball, direct physical game and while I dont' think there is a "right way" to play, I wonder if these coaches still think that they are playing "passing football"despite the evidence.

Be honest about how you play and if you want to change how you play, it will take time, but coaches need to get the knowledge of how to play other ways because playing this kind of style in youth football in not condusive to developing the players of the future.

Nowadays there are some fantastic resources for us coaches. We have sites like Insidesoccer.com, mysoccerresource.com and most of all Twitter. I love Twitter and there are some fantastic sessions/resources posted on there, but I believe that a lot of coaches are taking these sessions and using them in a cookie cutter fashion. What I mean by that is just taking an exercise/session plan done by another coach or worse by an professional and just running the session as it is. We can have a million resources but if we don't adapt them to the age group, ability, style of play or our own team, they are almost useless. If you take a session from anywhere please look at it and adapt it to the needs of your team and after a while you won't need resources as you will be able to design your exercises for your team.

Planning your sessions is an important of aspect of being a coach, not just so that you can minimise the downtime for your players, but also planning weeks/months topics in advance. Putting together a calender of what you want to work on across the season is something that every coach should have. This can be broken down into weekly/monthly cycles and allows your players to cover all the aspects they need to across the season. If you work on the same things over and over, your players are the ones that will suffer. Make sure your giving your players a chance to learn all aspects of the game and not just what you fancy doing tonight.

Reviewing your sessions afterwards is an important aspect that I believe a lot of coaches don't do that often. I never used to review my sessions and I kept having the same issues during my sessions, and only after I started to review them and make notes how what went well or poorly did I see more coaching level improve quickly. It also helps us work out our stregnths and weaknesses/areas to work on in order to get better as a coach. I believe after every session a coach should look at his sessions plan, look at the outcomes you wanted to get fromt he session and write notes as to whether they were achieved and what needs to be worked on by the palyers and the coach.

Qualifications are great. We get to go on courses and learn some new drills, talk with new coaches and exchange ideas, but the thing is there isn't a substitute for expereience on the field actually coaching. I am not saying coaches shouldn't go on courses, what I am saying is that I see a lot of coaches fly through courses collecting pieces of paper but where they are lacking is in the application of the knowledge they are supposed to have picked up on the courses. Coaching is a journey and you will learn a lot more on the field putting things into practice. Going on courses at the right time is also a factor. Just because you have passed your level 2 doesn't mean you're ready for your UEFA B. Same goes from UEFA B to UEFA A. Maybe you are but a lot of coaches apply for the next course before they are ready and come away with a negative experience that has cost a pretty penny.

Every coach has to go on the coaching courses in their country but that doesn't mean that you can't look elsewhere to learn. I don't think this is something enough coaches do. If you want to work at academy level, you should speak to a professional club about watching sessions, or if you want to learn more about how Germany play, then make an effort to go to that country or speak to coaches from there to find out their opinions on things. I think a lot of coaches think because they downloaded this or that presentation or booklet that they have learned a lot. When you go to watch sessions of a higher level, or in a topic which you are not as strong, you can learn so much more. How the coach sets up the sessions, the language used, the problems the players had with the information. I would tell every coach to watch sessions of other coaches as often as possible and use that as your learning. I would also say that you should try to visit other countries and see how they're doing things. If everyone does the same courses and doesn't stretch themselves then we will all be the same. If you want to excel as a coach you need to push yourself and your learning everytime you can.

These are just a few things that if we are all honest about and actually done, we would improve as coaches and in turn hopefully provide a better learning environment for our players.

Look forward to hearing the thoughts.
Posted by Unknown at 09:59